The Austrian team of the RESPOND project is located at the Institute for Urban and Regional Research (ISR)[1] of the Austrian Academy of Sciences[2]. In this blog entry, we intend to tell a little bit more about the institution and its tasks and aims, the persons involved in the project, and how RESPOND evolved from our point of view. To start with the latter, our RESPOND journey started in May 2016 when Ursula was asked whether she was interested in a collaboration in the Horizon 2020 call “Europe and the global challenge of migration”. For the rest of the year, she was active in working on selected parts of the application and in December 2016, she took part in a working meeting in Stockholm, where she met some members of the future consortium for the first time. After the consortium received excellent evaluation results and full funding for RESPOND, Ursula as the PI in Austria made a lot of interviews with potential candidates and finally decided to ask Ivan Josipovic to join her in the Austrian part of the project. Ivan started to work at the ISR in January 2018.

What are the main tasks of ISR?

The ISR is the only spatial science oriented non-university research institute in Austria. It is first and foremost engaged in the analysis of structures and the dynamics of modern society in urban and regional contexts, analysing population and society in their natural, built and social environment. The ISR emphasises the multi-perspective and transdisciplinary approach to research which is also reflected in the various scientific backgrounds of its researchers. ISR places societal problems at the heart of the analysis. Our spatial focus lies specifically on Vienna, Austria and Europe, however, the comparative element beyond national boundaries is important.

Since 2016, our research projects are oriented along two research groups “Urban Transformation” and “Innovation and Urban Economies”. Ursula and Ivan are part of the first research group which focusses on urban and more and more also regional change due to immigration. The research group brings together interdisciplinary (geographical, sociological, anthropological, political) expertise in urban research and a strong emphasis on diversity analysis, local integration analysis, urban housing market matters and studies on interethnic relations, social cohesion and migrant entrepreneurship. 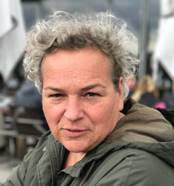 Ursula started to work at the ISR in 1989 right after she had finished her studies in Geography with an emphasis in Spatial Research and Regional Planning at the University of Vienna. She received her PhD in Geography in 1999 with her thesis focussing on xenophobia in Vienna and its determinants. Her research interests include international migration and its impacts on cities, integration of migrants on the labour market and the housing market, interethnic relations on the local level and the governance of migration and integration. While conducting a lot of smaller projects focussing on migrants in Vienna together with her colleague Josef Kohlbacher, Ursula has also been part of international projects funded mostly by the EU during the past 15 years. Her membership in the IMISCOE network[3] from its very beginning in 2004 gave her the opportunity for networking on the European level and for being part of such international research endeavours. The most important ones are

She has published on the mentioned topics in a wide range of journals and in edited books. 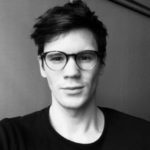 Ivan had just finished his master’s thesis when he joined Ursula at the ISR to work on RESPOND earlier this year. With a background in Political Science and Socioeconomics he has already gathered experience studying migration and European integration. His master’s thesis focused on the European border regime and different forms of sovereignty underlying certain rationales of border policies. The RESPOND project allows him to further dig into these and other migration related matters through empirical research. In Austria, the project has already entered the phase of fieldwork with joint efforts to collect data through interviews with important stakeholders but also beneficiaries of asylum and asylum-seekers.  Besides that Ivan is developing a research proposal for his dissertation.