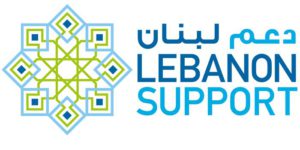 Lebanon has been hosting refugees from, amongst others,  Palestine, Iraq, and more recently, since 2011, Syria. As such, Lebanon – praised by the international community for its hospitality, despite not being a signatory of the 1951 Refugee Convention nor to its 1967 Protocol – has the highest per-capita concentration of refugees globally; amounting to approximately 25% to 30% of its population being comprised of migrants and/or refugees.

Since the 1950s and 1960s, Syrian migrants have constituted a significant part of the Lebanese economy. After the end of the Lebanese Civil War (1975-1990), Lebanon has adopted three bilateral agreements that, until today, legally constitute open borders between Syrian and Lebanon, and govern the presence of Syrians residing in Lebanon.

The eruption of the Syrian crisis in 2011 has resulted in an increase of Syrians in Lebanon, from estimately 300 000 to over 1.1 million in 2014 at the peak of the refugee crisis, leading the Council of Ministers to adopt a series of policies targeting Syrian displacement in October 2014, resulting from perceived threats to the country’s security, and political, economical and social stability. Under the heading “Reducing Numbers” these policies were adopted in an attempt to formalise, control and limit the presence of Syrian refugees in Lebanon, and restricted their access to the labour market, in an attempt to protect Lebanese employment.

First of all, the scope of the UNHCR’s work was significantly limited, as they have been requested to no longer register refugees since May 2015, unless with the approval of the Ministry of Social Affairs and the Ministry of Interior and Municipalities (with the exception of newborn children from registered persons).

One of the most radical measures was introduced by the General Directorate of General Security, the security agency responsible for ensuring the implementation of these policies, by releasing new regulations and categories for applying for and renewing residency permits on December 31, 2014. In addition, residency renewals were accompanied by a fee of 200 USD – a condition that most Syrian refugees are unable to meet, given that 76% of Syrians lives below the poverty line of 3.84 USD per person per day and 87% are already in high debts.

What is more, is that policies clearly distinguished between “refugees” (those registered with UNHCR) and “migrants”. Since January 2015, Syrian refugees registered at the UNHCR were to sign a notarised “pledge to not work” upon renewal of their residency permit, prohibiting their access to the Lebanese labour market. Although it has never been officially confirmed yet, this pledge was replaced by a “pledge to abide by Lebanese law” in June 2016, which in reality, due to work permits that are difficult to obtain, makes virtually little to no difference.

Additionally, the Ministry of Labour constrained access to the Lebanese labour market for Syrian “migrants” to the sectors agriculture, construction, and “environment” (i.e. maintenance and cleaning), announced in ministerial decrees that generally come out on an annual basis.What is more, Syrians who do desire to work within the restricted realms were required to obtain a pledge of responsibility since January 2015 by a Lebanese kafeel – a sponsor who is responsible for the Syrian’s legal acts.

These regulations made qualifying for legal entry and residency for most Syrians impossible. Today, approximately 74% of Syrians, aged 15 and older, are without legal status. Although numbers indeed appear to be “reduced”, the policy merely decreased the numbers of those with legal status. Although being slightly amended over time, these policies are still in effect.

Being without legal status has affected Syrian refugees’ daily lives to a large extent, limiting their freedom of movement, as they are prone to be arbitrarily arrested and detained when passing the many checkpoints, which are commonly well distributed over the Lebanese territory. Not only does this prohibit access to the labour market, education, or social and healthcare services, it also complicates civil processes, including marriage, divorce, and the registration of births, as well as deaths.

Importantly, the new policies and concurrent lack of legal status induced dependency dynamics affecting men, women, and children in various ways, facilitating large-scale manipulation, (sexual) abuse, and exploitation of Syrians in Lebanon by a variety of formal and informal actors. All these effects are contributing to the emergence of “negative coping mechanisms”, which are short-term, but detrimental strategies to handle  a stressful situation. For example, refugees self-limited their freedom of movement, of self-impose curfews, out of constant feelings of fear and a lack of legal protection and redress, often resorting to informal actors to secure their stay, livelihoods, or access to services. Other coping mechanisms are early child marriage, as this is “one less mouth to feed”, or child labour. In this context, ironically, illegality appears to be implicitly encouraged, rather than controlled, despite the fact that the latter was one of the objectives of the new policies.

Through a ruling on February 8, 2018, the State Council (the High Administrative Court) stated that adjusting the conditions for entry and residency is within the mandate of the Council of Ministers, but not within that of the General Directorate of General Security, that is responsible for its implementation only. In this vein, the introduction of categories for foreign entry and residency that prohibit many Syrians to legally enter or reside in Lebanon, has been annulled. Still, in reality, the categories still appear to be applied to Syrian refugees in Lebanon; after 7 years of crisis, living conditions of Syrians in Lebanon seem to deteriorate, rather than to improve, which affects long-term perspectives in the country. Worryingly, although “present conditions [in Syria] are not conducive for voluntary repatriation in safety and dignity”, returns – whether voluntarily or not – are on the rise, with several hundreds of people already having returned to Syria, and thousands being in the process of awaiting to return.

For more on the Lebanese government’s policies and how they affect Syrians’ daily lives, refer to Lebanon Support’s series on Syrian refugees’ access to legal entry and residency, their access to the labour market, and access to healthcare. Based on these three reports, a policy brief, as well as an infographic (see below) have been published. 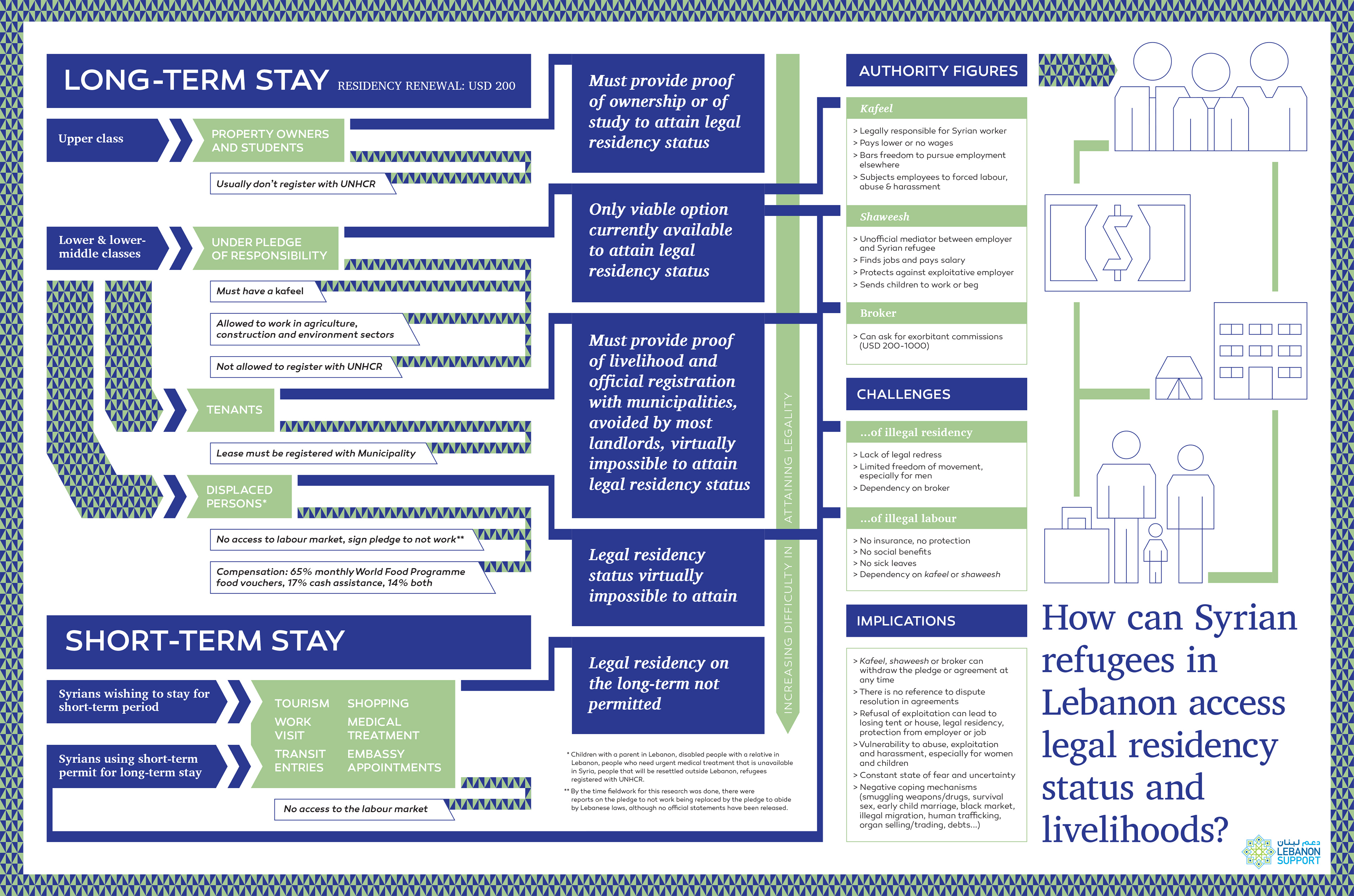