The development of Poland’s migration and asylum policies and laws date back to 1989 when political and socio-economic transformations began. At this time, the whole region of Central and Eastern Europe (CEE) experienced important changes, ranging from the collapse of the Soviet Union (USSR) and the establishment of new states and governments to the economic development and progressive integration of some post-communist states within Western Europe. The geopolitical changes in the region brought an ‘opening’ of borders in Poland. Waiving restrictions in passport policy contributed to increasing mobility both from and to Poland. Importantly, Poland as a country between the East and the West also became a transit country for economic migrants and asylum seekers. The attractiveness of Poland as a country of destination increased along with its accession to the European Union and joining the Schengen zone. And, the EU accession contributed significantly to the outflow of Polish nationals to the EU labour markets. At the same time, however, it also influenced the development of migration policies and laws, which became necessary not only to react to observed phenomena (a reactive policy characterised the 1990s in particular), but also to manage external migration to be the most profitable to the country and its economy while attracting desirable migrant workers to the Polish labour market.

The history of asylum seekers and refugees in Poland is strictly determined by the region of origin of foreigners seeking protection in Poland. For more than two decades, foreigners applying for a refugee status at the Polish-Belarusian border (usually at railway BCP in Brest/Terespol) have been mostly from the Caucasus region (formally Russian territory). The migration and refugee crisis experienced by Europe in 2015 and in the following years did not influence the demographics of arriving migrants and asylum seekers in Poland. These were rather conflicts or political and economic disturbances in countries to the east of Poland that shaped the demographics of asylum seekers and foreigners granted international protection. The consequences of the so-called ‘Arab Spring’ or problems encountered by countries in the Middle East were to some extent reflected in Poland’s experiences of admitting asylum seekers. One example is the very high rate of recognition of applications for international protection submitted by citizens of Syria. However, asylum proceedings linked to inflows from the Middle East did not dominate in terms of the overall administration of asylum applications submitted in Poland.

Since 2015, new intensive debates about possible solutions to the so-called ‘refugee crisis’ have prompted Polish policy-makers to introduce reforms to both international protection and immigration law. With arguments pointing to the need of avoiding problems with admitting asylum seekers and conflicts related to differences in culture and religion, the new Polish government of October 2015 has been refusing to implement both relocation and resettlement schemes proposed by the European Commission within the framework of the European Agenda on Migration (EAM) issued in May 2015. Instead, it emphasises the involvement of the Polish government in offering help in the regions of origin (and considers this kind of assistance to be the most effective solution). The government has also been working on legal amendments aimed at accelerating asylum proceedings in circumstances when there has been a potential misuse of asylum procedures, such as cases in which the foreigner’s intention was to get into Poland in order to enjoy the possibility of moving freely, although not always lawfully, to countries perceived as more attractive and more supportive for asylum seekers. The direction of proposed changes in law reflects the emphasis placed on internal state security, whereas the developments observed since late 2015 have raised concerns about respect for human rights, particularly in cases of arbitrarily denied or restricted access to asylum procedure and push-backs of potential applicants.

This text is based on the report entitled “Poland – Country Report: Legal and Policy Framework of Migration Governance” (M. Szulecka, M. Pachocka, K. Sobczak-Szelc, Global Migration: Consequences and Responses – Working Paper Series, 14 September 2018, p. 65–66) therefore in order to better understand the socio-economic, political, legal, institutional and policy context of migration governance in Poland, we encourage you to read our full publication which is available within the framework of RESPOND’s Working Paper Series Global Migration: Consequences and Responses. 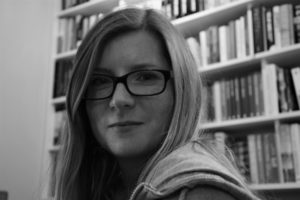 My journey to RESPOND began in 2014, when I attended a conference, ‘From a Cradle of Civilization to a Globalizing Transit Region’ organized by the Swedish Research Institute in Istanbul. With a group of academics and researchers from different disciplines like ethnology, psychology, archeology, political sciences, law and linguistics we discussed Turkey in the context of being a transit region witnessing an exchange of people, art and ideas. In fact, this process should be considered as including migration, since the latter is not only about the movement of people, but also about all of the things that people cannot live without.  Somehow, big politics frequently narrows migration to literal, dictionary understandings and creates and imposes this image of the process for the public. As a result, we face a production and reproduction of migration discourses, which often diverge from the real picture of the process.

My PhD research and my work for RESPOND are closely interlinked because both focus on political discourses in which migration is a key topic. Since I have a background in two areas: Political Sciences and Turkish studies, I would like to use the knowledge from both of them in my PhD dissertation. Therefore, in my PhD research, I focus on the interdependencies of two categories, namely, national identity and the foreign policy of Turkey. Since my aim is to show how national identity can be discursively created, I study the political discourse in Turkey by using the method of Discourse Analysis. The subject of my studies is Turkey’s foreign policy during Justice and Development Party (AKP) rule.

In order to illustrate the process of a discursive construction of identity, I am following the assumption that identity is a socially constructed phenomenon, and as such, it cannot exist independently from communities. The latter assumption is convergent with the theory of imagined communities of Benedict Anderson (Anderson 1991). Although the latter applies to nations, in fact identity and nation have much in common, especially in the case of national identity. For Foucault, identities and social beliefs are constituted in a discourse, as language is closely linked with power in society. As such, discourse is also an expression of social power, since it aims at imposing a specific meaning, signifiers, on language. (Foucault 1989).

The construction of identity is a two-fold process – first – the national Self and different and threatening Others are created, then there is a process of gradation of difference and Otherness (Hansen 2006, 37). In my dissertation I am applying Hansen’s theory of three different ways of identity construction: spatial, temporal and ethical (Hansen 2006, 46:51). Spatially constructed identity is an identity constituted relationally, which involves construction of boundaries and, hence, delineation of space. Spatial identity not only delineates different states – Russia, Syria, Iraq, but also creates different regions (Middle East, Near East, Eurasia). Spatial identity sometimes refers to people as well – since they are linked within a specific territory or space – for example, refugees, migrants, Westerners, Muslims. Temporal identity is closely related to various processes – progress, development, transformation, continuity, change, repetition. The Other is often described as ‘backward’, ‘tribal’, ‘savage’, ‘barbarian’, ‘primitive’, or ‘less developed’ and is distinguished by using specific expressions opposite to the Self. The Other doesn’t have to be external, but can be derived from the country’s or nation’s historical past.  In Turkey, the internal temporal Other are governments before AKP, in Poland, the internal Other is Civic Platform (Platforma Obywatelska) governments.

The ethical identity dimension is based on the assumption that foreign policy discourses always involve a construction of responsibility. Although the responsibility more often targets the national audience, hence governments like to emphasize their policies are pursued in the name of the national interest, in case of countries which are referred to as ‘powers’ or with ambitions to become an international or a regional power, an ‘international responsibility’ is raised. The latter is related to ethics and morality and is articulated as a responsibility of the Self towards the Other. The best example of ethical identity is the U.S. responsibility to promote democracy in the world. As for Turkey, ethical identity was firstly discursively created as responsibility towards the Muslim population in the world (their exemplary manifestations were: expression of support for people in the Gaza Strip during the Israeli operation of Leak Lead of 2008/2009, increasing development aid, the majority of which is focused on Muslim less developed countries; or support for the persecuted Rohingya Muslim minority in Myanmar).  This was later transformed into the ‘ethical foreign policy’ (ilkesel dış politikası) concept of the then Foreign Minister Ahmet Davutoglu.

As I mentioned earlier, refugees or immigrants can play a very significant role in creating an identity through political discourse. During recent election campaigns in many European countries, like Poland, Hungary or Austria, it was seen that playing a “migrant card” had a real influence on the election results and contributed to the populist U-turn in these countries. Considering Turkey, the hosting of approximately 3 million of Syrian refugees was used in two different ways: the ruling Justice and Development Party tried to win votes by appealing to the Muslim brotherhood and mercy, whereas opposition parties presented them directly or indirectly as a burden to the country’s economy. Hence, it proved that the language used by the leading politicians to describe refugees is chosen deliberately and with a specific political purpose. Having in mind the huge peril of the misusage of language towards a specific group of people, which was most witnessed during World War II, I find the RESPOND project to be a chance for an objective study of the phenomenon of the last refugee movement and for raising awareness about the possibility of a non-biased stance towards it.

Currently, I am a PhD Candidate in the Department of Journalism and Political Sciences at the University of Warsaw, Poland.  I write my PhD dissertation on the interdependencies of Turkey’s national identity influence and foreign policy. I did M.A. Diploma in International Relations and B.A. Diploma in Turkish Studies at the University of Warsaw. In 2011, I was a Research Trainee at BILGESAM, a Turkish think tank. My research interests focus on identity issues in Turkey and Europe, nationalism and populism relations and, last but not least, discourses towards migration and refugees. In 2014 I was awarded a TUBITAK Scholarship for Foreign Researchers. From November 2014 until May 2015, I was a Research Fellow at the Center of International and European Research at Kadir Has University (Turkey). Since December 2017, I have been a researcher at the Swedish Research Institute of Istanbul, also cooperating with the Centre of Migration Research at the University of Warsaw in relation to the RESPOND project.