RESPOND in Turkey: Reflections on Migrant Framing, Fieldwork and Hope

Discursive Frames of Aliens in Turkey: “Migrants”, “Guests”, and “Foreigners” 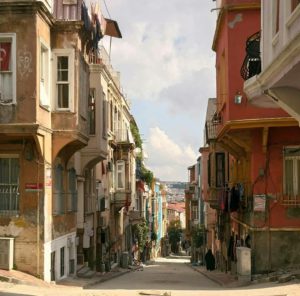 The current state of Syrians residing in Turkey is mainly constrained by the ways in which the Turkish state actors have so far framed them. What I see is that growing societal tensions at local level in different parts of Turkey, be it big metropolitan cities like Istanbul, or the neigbouring cities in the Syrian border like Şanlıurfa, partly originate from the state of temporariness, which was instituted and reinforced by the religious rhetoric of Ansar spirit. In this short intervention, I want to discuss how the outsiders have been framed by the official texts and state actors in Turkey in relation to their ethno-cultural and religious identities.

The reception of Syrian refugees in Turkey is mainly based on a discourse of tolerance and benevolence driven from path-dependent ethno-cultural and religious premises dating back to the Ottoman Empire of the late 19th century as well as to the establishment of the Turkish Republic in 1920s. The vocabulary, which has been used to identify the Syrian refugees, represents a kind of continuity with regards to the naming of “migrants”, “guests”, and “foreigners” since the early days of the Republic. For instance, the Law on Settlement (İskân Kanunu in Turkish, 1934) is one of the foundational legal texts defining the ways in which the Turkish state has identified the newcomers. The Law on Settlement was adopted in regards with the arrival of ethnic Turks in the early years of Republic. The Settlement Law (Law No. 2510 of 1934), provides that only migrants of Turkish culture, with an objective of settling in Turkey, can obtain immigrant status (Art. 3), and that those of non-Turkish origin will not be accepted as immigrants in Turkey (Art. 4). This Law has been reformed in 2006 but its main understanding of who can be an immigrant has not been substantially altered.

Moreover, it continued to be the main legislative text dealing with immigration, and it determines who can enter, settle and/or apply for refugee status in Turkey. However, it also provides the individuals of Turkish descent and culture with the opportunity to be accepted as “immigrants” and refugees in Turkey (İçduygu, 2015b). For instance, Uzbeks, Turkomans, Bulgarian-Muslims and Uighurs migrating to Turkey from different parts of the world are named as “migrants” (göçmen in Turkish) in the official documents as well as in everyday life as they are ethnically of Turkish descent. In this regard, there are two other terms which need to be elaborated further: “guest” (misafir) and “foreigner” (yabancı). 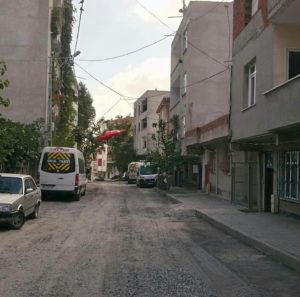 In the official literature, the term “guest” has been hitherto used to refer to the refugees with Muslim origin but without Turkish ethnic origin coming from outside the European continent. Kurdish refugees in 2000s and Syrian refugees in 2010s were named as “guests” since Turkey officially does not accept refugees coming from outside its western boundaries. Bosniac and Kosovar refugees seeking refuge in Turkey in 1990s set up an exception as they were coming from the western borders of Turkey, and had the right to apply for asylum in Turkey according to the geographical limitation clause Turkey decided to keep together with Congo, Madagascar, Monaco in the 1967 Additional Protocol of Geneva Convention on protection of refugees removing the geographical limitations.

The term “foreigner” is often used in the official texts as well as in public to refer to those who are not neither Turkish nor Muslim. These groups are not also able to be incorporated into the prescribed national identity, which is mainly based on what I call the holy trinity of Sunni-Muslim-Turkish elements. Accordingly, not only the non-Muslims coming from abroad but also autochthonous groups such as Greeks and Armenians are named as “foreigners”, or “local foreigners” in legal texts.

To this extent, a more recent metaphor to qualify the role that the Turkish state and the pious Muslim-Turks should play for Syrians in Turkey has been the Ansar spirit (Arabic for helpers). As a metaphor, Ansar refers to the people of Medina, who supported the Prophet Mohammad and the accompanying Muslims (muhajirun, or migrants) who migrated there from Mecca, which was under the control of the pagans. The metaphor of Ansar originally points at a temporary situation as the Muslims later returned to Mecca after their forces recaptured the city from the pagans. Hence, the Turkish government has used a kind of Islamic symbolism to legitimize its acts on the resolution of the Syrian refugee crisis. The government leaders have consistently compared Turkey’s role in assisting the Syrian refugees to that of the Ansar, referring to the Medinans who helped Muhammad and his entourage. Framing the Syrian refugees within the discourse of Ansar and Muhajirun has elevated public and private efforts to accommodate Syrian refugees from a humanitarian responsibility to a religious and charity based duty.

Then the PM Ahmet Davutoğlu, in his speech in Gaziantep, one of the most popular destinations for the Syrian refugees in the Syrian border, publicly stated that the inhabitants of Gaziantep are a city of Ansar: “Gazi[antep] is an Ansar city now. God, bless you all.”[1] Similarly, President Erdoğan used the same discourse in his speeches in 2014 and afterwards: “In our culture, in our civilization, guest means honour, and blessing. You [Syrian guests] have granted us the honour of being Ansar, but also brought us joy and blessing. As for today, we have more than 1,5 million Syrian and Iraqi guests.”[2]

The discourse of Ansar has continued until recently, Deputy PM, Numan Kurtulmuş, referred to the same rhetoric when he introduced the right to work granted to the Syrian refugees under temporary protection: “The reason why the Syrian refugees are now settled in our country is hospitality and Ansar spirit that our nation has so far adhered to. There are other countries that cannot do anything when encountered with a few hundred thousands of refugees. But contrary to what the rich and prosperous countries could not do for the refugees, our country did its best for the refugees as a generous host, friend, brother and neighbour.”[3]

The main common denominator of the ruling political elite is that the Syrian refugees are being portrayed and framed by means of an act of benevolence. Hence, the assistance of the state to the refugees is accomplished based on charity, rather than universally recognized rights that are supposed to be granted to refugees fleeing their homelands. But the problem is that Turkey is far from naming the Syrian refugees as “refugees”. Therefore, the state actors tend to cope with the issue not through universal law, but through the laws of religious charity and benevolence. Such as religious-based discourse with regards to the reception of Syrian refugees in Turkey was also embraced by the bureaucrats working in the migration sector. 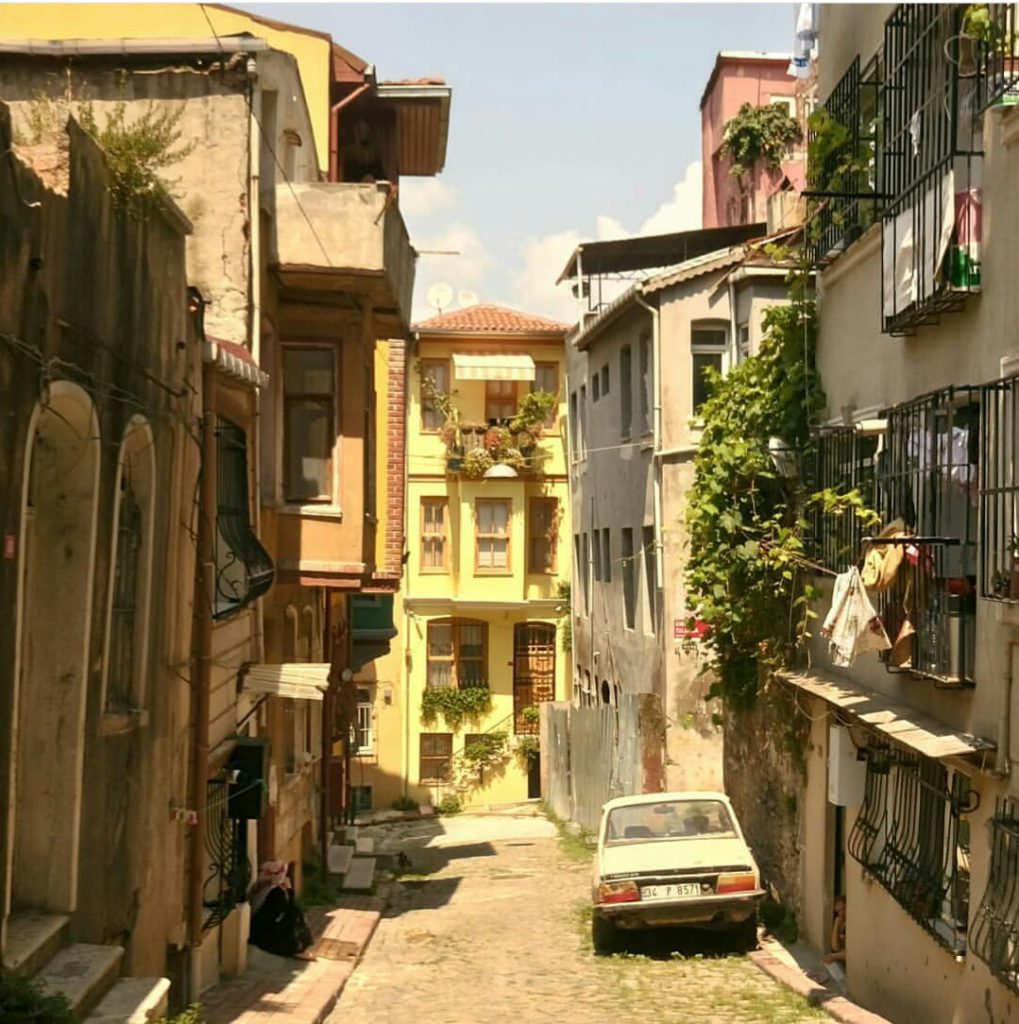 Passages of Hope…Notes from the field

BİLGİ Team conducted the micro level interviews in the European continent of Istanbul from the end of July to the mid-August 2018. In the fieldwork, under the supervision of Professor Ayhan Kaya, we conducted 20 interviews from different regions in Arabic with the assistance of a native Arabic speaker Ahmed Fahmy, a student from Lund University, Sweden. 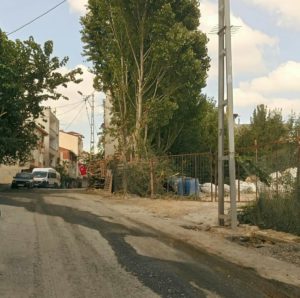 We contacted our Syrian interlocutors through some civil society organizations. The Refugee Center of Şişli Municipality, Mavi Kalem Social Aid and Solidarity Association, SGDD-ASAM, Association for Solidarity with Asylum Seekers and Migration, and Qnushyo Syrian Culture Center in İstanbul, which is the Advice Hub of the RESPOND Project, have been very helpful in finding our interlocutors. We are grateful for their support. They were all very supportive throughout the process. 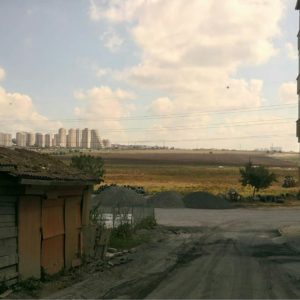 The interviews were mostly conducted in the headquarters of these civil society organizations where our interlocutors were already very familiar with and felt very comfortable. We also visited some of the interlocutors at their homes and had the chance to meet their families. In every home we were welcomed and in every visit we were served Syrian Coffee. The interviews lasted approximately one or one and a half hour each. I conducted the interviews together with Ahmed, our Arabic translator. I must admit that the men we interviewed were very shy unlike the women, and they mostly avoided eye contact. 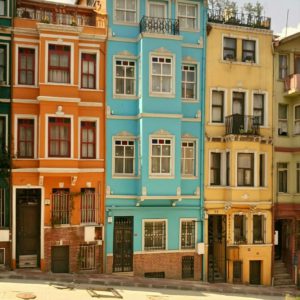 We had the opportunity to meet many refugees with different stories. We are so thankful to them for letting us in their everyday life and for sharing their experiences with us. There were hard moments sometimes, especially when they were telling us about their experiences of crossing the border. This was one of the most sensitive moments in their journeys. Some of them crossed the border easily, some of them faced difficulties, and some could make it to Turkey with their families, but some others could not. 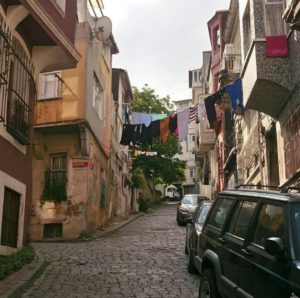 It was observed that the interlocutors whom we contacted through Şişli Municipality were more vulnerable in contrast to the others whom we contacted through the NGOs. Şişli is in the very centre of the city, run by mayor from the liberal-minded social democratic Republican People’s Party. Refugees who are involved in social and cultural activities tended to be more comfortable with the questions and feel self-confident during the interviews. Although they also had traumatic experiences, they all try to cope with the difficulties of adopting a new life in İstanbul – a city that offers a lot, but also takes a lot, from everyone. The fieldwork experiences have reminded us of once again, how crucial it is to have hope, no matter what you have experienced.